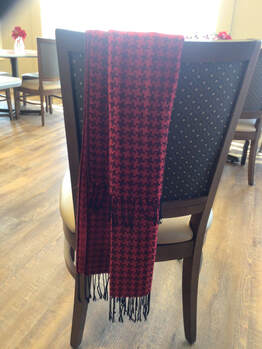 ​AHPCA is hosting free monthly Roadshow Webinars
Next is 22-Feb-2023: Supporting Hope When There is No Cure, Lori MacIsaac, register on Eventbrite


Let’s Talk About:How soon should you have them?    Why are the important?

the story of the naming


Ed was born in London, Ontario. He moved to Winnipeg, then Victoria, enlisted in WW1, then went farming in Manitoba with his brother. They lost everything and moved to Cottage Grove, Chicago. He worked at the A&P store where he met Betty. They married on November 20, 1930. In April, 1935 they left Chicago and arrived in Calgary. There they saw an ad for a store for sale in Sundre. In 1935 they purchased the stock from Hugh Pearce and created Knott’s Trading Post at the vicinity of the Shell station. Betty was 27. Mrs. Dominy owned the store and the land and wouldn’t sell them to the Knott’s. The house they built behind the store was moved to Harmattan camp and is the office there.


In 1958 the Knott’s bought the old stampede grounds (now Willow Crescent) and in that same year Ed died of cancer. Betty stayed for a while then moved to Eldorado, Illinois. She died in the mid to late 1990’s. Most of the land was sold to Jack Morgan, except for the wooded area. This land was donated to the Town of Sundre with the instructions that it wasn’t to be built on. This is where the Memorial Garden is now.

Information found in “The Little Town that Could”

In memory of a loved one, a tree can be purchased.

Donations can be made to the Sundre Palliative Care Association
attn:  Memorial Park 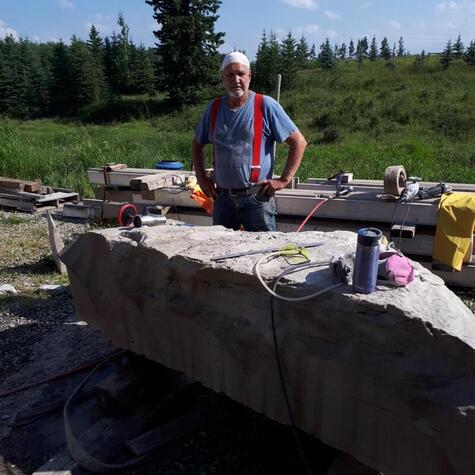 Morton Burke working on the sculpture. 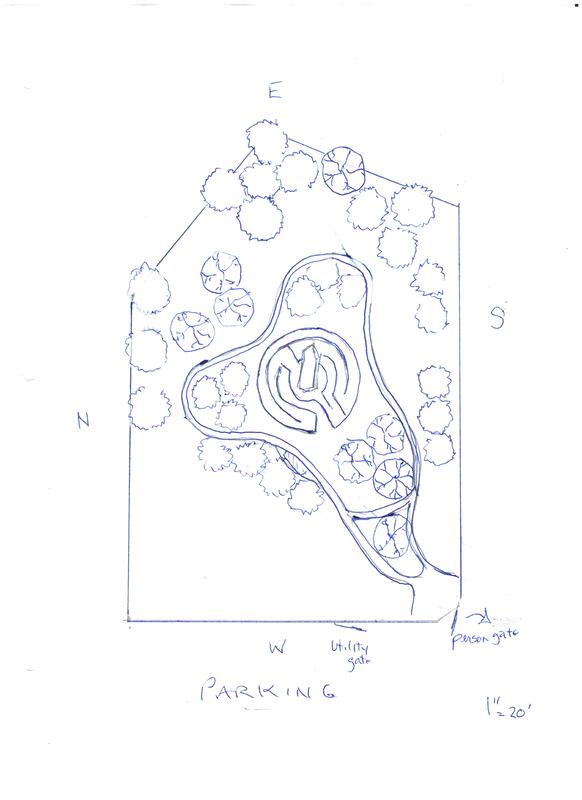